Popular
10 Simple Tips for Back Pain Relief
Vegan And Allergen-Free Foods: Lactation Treats For Nursing...
Yoga for beginners: The best training classes to...
Kick Flu Before It Kicks You!
AED Machine for Health: What You Need to...
How Post Natal Physiotherapy can assist with Healing
How to get the most out of your...
5 best skin treatments for glowing skin
What is health data protection and why is...
Wrinkle removal options: how to get rid of...
Home Uncategorized All about Caul
Uncategorized

A caul goes by the name of Cowl. It is a membrane where the face and head of a new born baby is covered. It is an extra ordinary type of birth and 1 out of 80,000 babies tend to associate themselves. So no wonders to the fact that a lot of myths and superstitious float around it. Though the appearance of a Caul may seem to be a cause of concern for a mother, it has to be said that the caul is harmless and can be removed by the housewife. In fact babies born with a caul have a strange and weird appearance.

The ancient Europeans considered Caul to be a symbol of good luck. Ina way they felt that a child was destined for greater things in life. This is if the caul was white or red. If the caul was black in colour it was a symbol of bad luck. There was also a myth that a person who owned a caul would never be drowned and it would prevent you from doing so as well. What it meant is that sailors were willing to spend extra in order to be the owner of one. Till today the superstition extends to countries like Russia. There is no reason to believe these myths but a lot of famous people worldwide are born with a caul. The name that straight away comes to the mind is Napoleon. 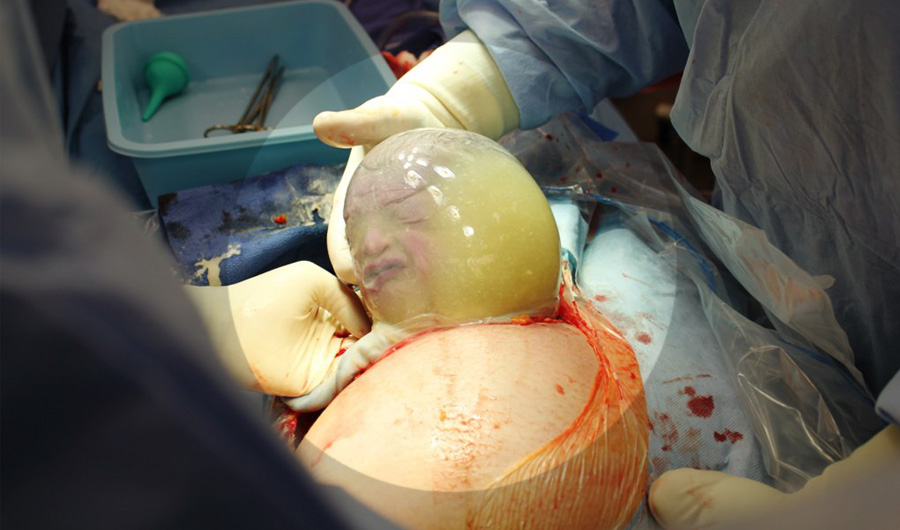 It has to be said that not all positive feelers are associated with a caul birth. In Rome people were of the opinion that if you had a caul birth you would become a vampire after birth.

Not all calls are incorporated from the same type of tissue. The popular one is the tissue that is made from an amniotic sac. This is formed when a piece of the amniotic breaks off during the birth of the baby and then attaches to the face or head of a baby.

In fact the amniotic sac could be easily removed as the doctor can pull it from the skin of the baby. In certain cases it is handed over to the mother as a token. It is common practice that happens on a recurring basis.

When it is En caul baby birth it is rated to be different from a Caul birth. The former works out to be a type of birth where a baby is fully submerged in an amniotic sac. The trend is such that these type of births work out to be premature and doctors are of the view point that this is a type of birth, where a baby is protected from strong contractions of uterine. It is observed that babies born of this type are fragile and have less weight.

It is not only the amniotic sac, but an En caul birth is considered to be different from a C section delivery as the incision that is made in the abdomen of a mother is at a different place.

Purchase the right gym pros for the right fitness